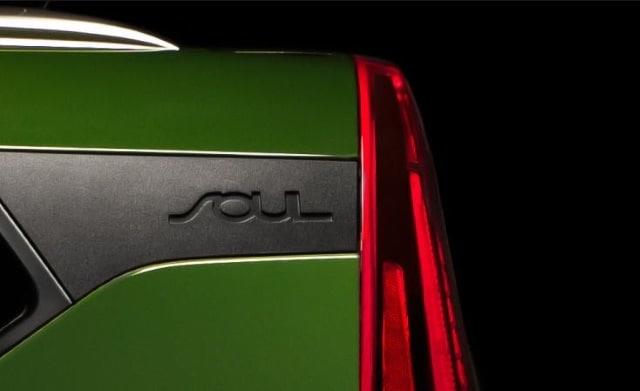 The 2020 Kia Soul is due to be shown later this month at the LA Auto Show but Kia just couldn’t wait until then. They released a pair of teaser images last week of what we can expect. It doesn’t give away much but we at least get to see what looks like the rear quarter of the new model.

The first is a little difficult to make out and is one of those images you need to look at for a while become it reveals itself. Once it does, you see an upright style and corner light arrangement like the current Soul but with what looks like an LED array within the light unit. The other noticeable thing is a more defined shape. The rear light stretches to the top into a very sharp curve onto the roof. It’s a more straight back and hints at a more alert posture.

The second image leaked is much clearer and shows the front end of the Soul. It’s more of a predictable outline that shows a very tidy design with minimal frippery and very tight lines. It also shows you will be able to get the contrasting roof colours we know and love.

2020 Kia Soul
The third generation Kia Soul is hotly anticipated by those who like their cars a little different. The irreverent upstart has always liked to stand out from the crowd and it seems the same is true in this generation too. It’s a very sleek and modern look that is going to resonate well with younger buyers.

We saw from spy shots earlier in the year that there wasn’t going to be too much diversion from the already popular design. We saw hints of the upright position under camouflage and saw the smoother front end too. We didn’t get to see much of the interior except a pared back instrument panel and centre stack.

The current Soul also has a decent interior with more space than you might think for passengers. Materials quality and finishing is good, technology is prevalent and it’s a nice place to be. I don’t see that changing with the next generation model either.

The LA Auto Show begins at the end of the month. If you cannot wait that long, the 2019 Kia Soul is available right now from Georgetown Kia, 199 and 314 Guelph Street, Georgetown, Ontario.