2020 Ford Escape spied in the wild

2020 Ford Escape spied in the wild 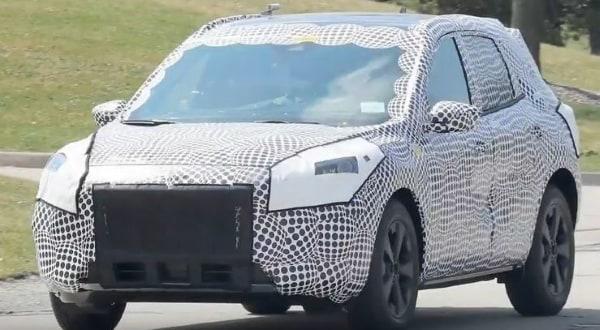 New spy shots of what is thought to be the 2020 Ford Escape have surfaced. The Escape is a big deal for Ford. It is one of their best sellers and apparently the fifth highest selling SUV in North America. Any changes to it have to be good ones. While we can’t see a lot under the camouflage, it does tell us it will be more evolution than revolution.

As you can see from the image above, the camouflage is heavy and effective. It cannot hide everything though. Even with the cover, we can see the general size and shape of the Escape is not too far from what we have now.

The 2020 Ford Escape will run on a new platform though. In an effort to compete with other global platforms that underlie multiple models, this one will underpin both the Escape and the Focus. Other similarities are also apparent, such as the rising beltline and general size of the vehicle. This is a two row Escape and there is a three row version planned apparently.

2020 Escape
The size and shape of the new 2020 Ford Escape look good. The front end looks rounder and the lights look to have changed somewhat but the now familiar friendly face of Ford vehicles looks to be present. The rear shows what looks like a taller hatch which should offer easier access to cargo. The rear lights also seem to have been given the treatment like the front.

The placement of the front wheels has this as an FWD vehicle, although presumably there will be an AWD option too. We don’t know what will power the Escape, or much else really aside from what you can see in the image. I’m guessing we will see more either later this year or when the new seasons’ auto shows start early next year.

2018 Ford Escape
The current model sells exceptionally well and for good reason. A nice design, practical size and configuration and a huge range of options for a reasonable price are just some of them. With a five star safety rating, this vehicle has a lot to recommend it.

With car-like handling, reasonable pricing and that full options list there are many reasons why you might like a 2018 Ford Escape. Why not check it out at Northway Ford Lincoln, 388 King George Road Brantford ON N3S 3N2?