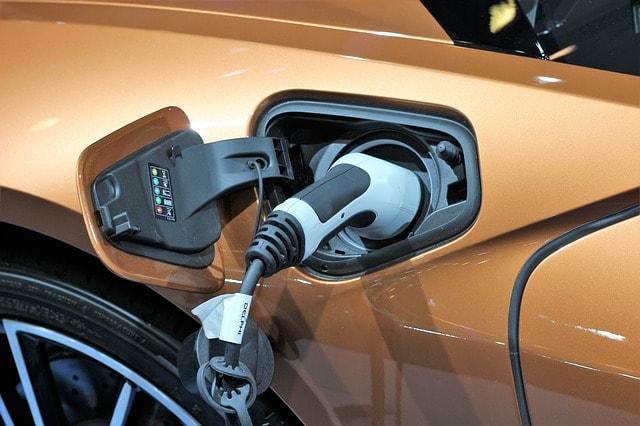 The 2020 Ford electric SUV, what was to be called the Mach 1 but apparently now isn’t has been spotted on the road. It may be heavily camouflaged but the outline is unmistakably Ford.

A series of shots have been posted over at Motor Authority and show the SUV in all its camouflaged glory. The pics don’t give much away but we can see the outline of a smaller SUV with what you can instantly recognize as a Ford front end and rear taillights. The content around the pics suggests Mustang styling to the SUV but I don’t quite see it that way.

The size looks to be similar to the Ford Edge and despite the camouflage, we can see it is firmly in crossover SUV territory. The camo tries to lead us to believe this is a diesel but we seriously doubt it given that North America doesn’t really do diesel in cars. Add to the fact there is some curious camouflage around the wheels where electric motors might be and we think Ford is trying to play games with us here.

Finally, the car as spotted was using Michelin Primacy A/S 225/60R18 tires which are popular with EVs as they are designed to be as economical as possible.

Ford electric SUV
Ford haven’t told us much about their plans for their electric SUV as yet. We know it will have ambitions of 300 miles of range and will use a modular platform from the nine the company is retaining. We also know it is supposed to borrow styling from a Mustang although how that will happen in an SUV mould I do not know.

We also know that it will no longer be called the Mach 1 thanks to a lot of negative feedback from Mustang fans. Ford confirmed that they won’t be using it in an interview with Jim Farley, Ford's president of global markets. ‘We put that out there to evaluate it. There are pros and cons. I don't want to handicap it at this point, but we got a very strong reaction from people.’

This smaller SUV forms part of Ford’s long term strategy of electrification and hybridifcation. It aims to release 16 electric cars by the end of 2022, which is only a little over three years. It also aims to add hybrid versions of popular models. Not all of them are destined for North America but a good portion of them will be.

I am looking forward to this electric SUV. I am getting used to the idea of electric cars and once the range increases would consider buying one myself. The ideal of an electric SUV is more appealing for my lifestyle though so I would consider myself one of Ford’s target market. I’m going to keep an eye on this story as it develops and will let you know when I learn anything new.