2019 Lincoln Aviator will debut at the LA Auto Show

2019 Lincoln Aviator will debut at the LA Auto Show 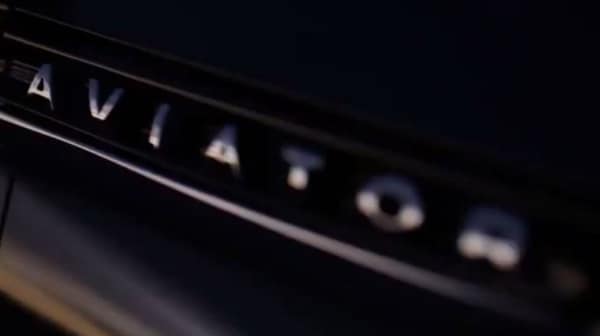 The new Lincoln is going to appear at this year’s LA Auto Show. The automaker confirmed a production model will show along with other Lincoln models at the season opener at the end of the month. We saw a pre-production model earlier this year so it will be interesting to see what has changed.

We initially saw the 2019 Lincoln Aviator at New York in March and it went down well. I liked the shape, size and layout of the SUV and liked the sounds of the power and specs. While I expect little to have changed in just eight months, there may be differences between what we saw then and what we will see at LA.

2019 Lincoln Aviator
The 2019 Lincoln Aviator uses the same underpinnings as the new Ford Explorer. It is rear wheel drive with the option for AWD and has an air of the Range Rover and Jaguar F-Pace about it. It is entirely it’s own car though with typical Lincoln design cues that make it stand out from the crowd for all the right reasons.

The chassis is long and features three full rows. It sat on 22 inch wheels in New York and it will be interesting to see if they made it to production. It will have some kind of twin-turbo engine, either standard gas or hybrid, but we don’t yet know exactly what kind. We do have reason to believe the hybrid won’t be available at release but will arrive sometime later.

The pre-production model we saw earlier in the year also had a huge interior with acres of leather, multi-adjustable seating, WiFi, a 12 inch touchscreen, lots of charging points and some very neat storage. Lincoln’s neat safety system, Pilot360 will also feature. It includes lots of driving aids including lane keep assist, autonomous braking and other tech.

One intriguing feature is the Lincoln chime. A set of 25 audible cues recorded by the Detroit Symphony Orchestra that will play for various alerts. As annoying as audible reminders may be, I think it safe to assume that orchestral ones will be more to our taste!

The 2019 Lincoln Aviator looks like it will be a worthy successor to the name. It looks great, will likely perform very well and if the pre-production version is anything to go by, it’s going to be lovely inside too.

As far as we know, the Aviator will debut on November 28 and hit dealerships sometime in Q3 or Q4 of 2019. Exact dates and pricing have yet to be announced. Visit Northway Ford Lincoln, 388 King George Road Brantford ON N3S 3N2, to learn more about the new Aviator!