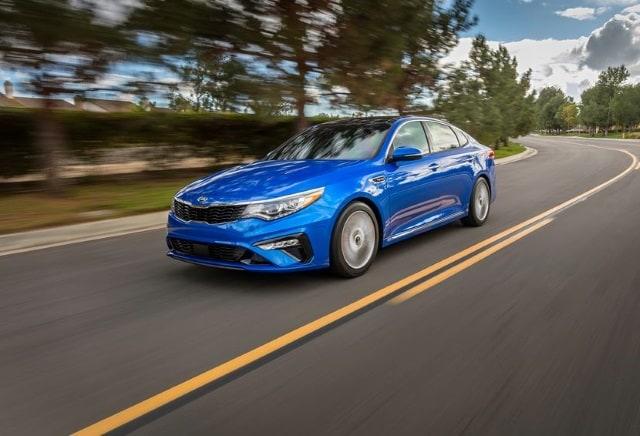 Kia has been doing the rounds with press previews of the 2019 Kia Optima. As one of my favourite sedans right now, I spent some time looking at this upcoming release. I must say, I really liked what I saw.

The 2019 Kia Optima is due for release in Q4 2018 so is a little way off yet. Nevertheless, Kia has been promoting the car as much as possible with factory tours and promotion packs. The time was right to pay more attention.

The 2019 Kia Optima is a great sedan that is going to do a lot to keep the segment alive. For those who don’t want a crossover and don’t want to buy German, Kia is now a driving force in the automotive market and deserves all the positive attention it gets. For design, technology, build quality and value it is unsurpassed.

Optima design
The design of the 2019 Kia Optima has been tweaked a little from the existing model but there is nothing major to report. You still get a great looking car that is reminiscent of a Honda Accord but is very much its own design. This new model has added some new shapes and a couple of flourishes but the character and quality of the original is still there.

New features include LED lighting, new taillights, new fog lights and shape changes. On the inside, a new interior colour for the SX trim and new leather options will make the most difference. A new UVO infotainment system is also coming that is supposed to be much easier to use than the old one.

The engine options are a 2.4-litre four cylinder, a turbocharged 1.6-litre and a turbocharged 2.0-litre. This last engine is what was being tested at the tour. It packs 245 hp and 260 lb-ft of torque through a six speed automatic transmission.

One key change for the 2019 Kia Optima will be the technology on offer. As well as the newer, simpler UVO system, Kia is installing blind-spot monitoring with lane-change assist, parking sensors and rear cross-traffic alert as with the existing model. It is also adding lane departure warning, driver attention warning, forward collision warning and lane-keeping assist for this model year. Adaptive cruise control will still be an optional extra though.

The 2019 Kia Optima has some serious competition even if the market is dwindling. However, I think the changes and the character of this new model are more than up to the challenge. Given the value proposition Kia sticks to, it’s hard not to like this car for the price alone. Spend some time with it though and that love becomes about more than just the cost.