2019 Jeep Renegade to be offered as PHEV

2019 Jeep Renegade to be offered as PHEV 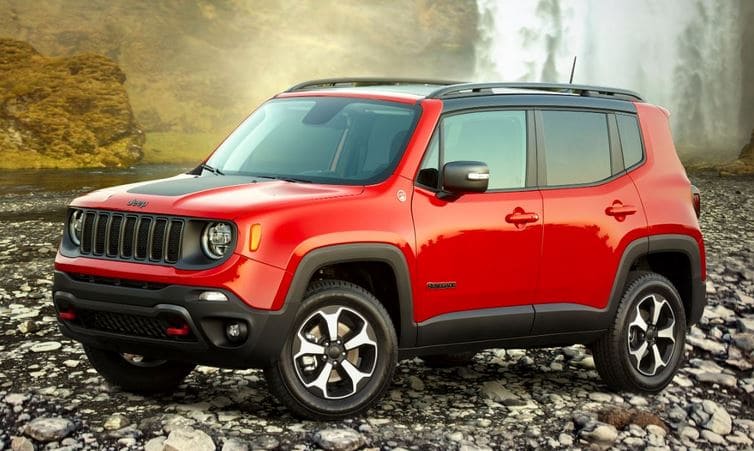 FCA announced that the 2019 Jeep Renegade is going to have a plug-in hybrid variant from 2020 onwards. In news that will surprise nobody, the automaker confirmed that the alternative engined Jeep will help contribute to the eight PHEVs the company said it was developing between now and 2022.

The cheeky little Jeep Renegade has a great look and will likely sell well. Those who don’t want a Wrangler or the full on Cherokee will like the handling and character of the Renegade. As it will also have some of the off road handling of the Wrangler, there are going to be few compromises when the road gets rough.

2019 Jeep Renegade PHEV
The 2019 Jeep Renegade PHEV will join the Ram 1500 mild hybrid and the Chrysler Pacifica Hybrid models in 2020. Early production models should hit the line in mid to late 2019 with commercial availability expected in the first half of 2020. It’s all part of FCA’s promise to phase out diesels and offer genuine clean options for drivers.

As far as we know, the 2019 Jeep Renegade PHEV will be largely identical to the normal engined model. It will be manufactured in Italy, include the same design and features but will have a plug-in hybrid powertrain instead of a normal engine. This will sit alongside the 1.3-litre turbo engine and the 2.4-litre NA engines in the lineup.

The design is cheeky there is no doubt. It still has the signature Jeep grille and round headlights and boxy design but there are departures. The edges are rounder, the hood is detailed, there is lots of black trim and some neat touches. It is an altogether friendlier design than the Wrangler which will resonate well with particular parts of its target demographic.

Inside, the interior remains largely the same with some minor tweaks. The centre stack looks to have been modified, there are different storage options, USB ports and a new Uconnect setup too.

The new 1.3-litre turbocharged engine replaces the 1.4-litre and offers more power at 177 hp and 200 lb-ft of torque. If you prefer, you can have a 2.4-litre four cylinder. Both will use a nine speed automatic transmission to send power to the front or all wheels.

The 2019 Jeep Renegade will be very popular and I think the 2019 Jeep Renegade PHEV will be equally so. We have to wait a couple of years to get the hybrid though. In the meantime, learn more about the Renegade at Unique Chrysler Dodge Jeep Ram, 915 Walkers Line, Burlington, ON  L7N 3V8.