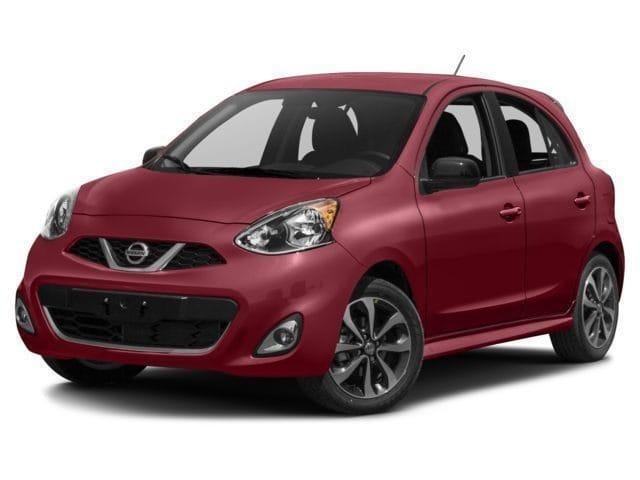 We got to see the unveiling of the new 2018 Nissan Micra at the Paris Auto Show last week. Even though the little Nissan has only been sold in Canada for a few years, it has proved itself very popular. So it was with great interest that we watched the big reveal.

The 2018 Nissan Micra looks quite different than the 2016 model. It is lower, wider and a little longer than the current version. Subsequently, interior space has increased while the engine has shrunk in size but not power.

The exterior design is pretty good. It is unashamedly cutting edge with a lot of influences built into it. Apparently incorporating elements of the Sway concept we saw last year, this new little hatchback has a lot going on.

The front grille inherits the Nissan family nose design while a seemingly straight line from front end over the hood and up the windshield offers a wedge-like profile. The side panels are fluted upwards to meet the rear light cluster while the roof slopes down toward the rear to meet the rear window. Angled lighting and a very detailed rear hatch completes the look. It is a very interesting and compelling shape.

On the inside, a slightly lower driving position changes the centre of gravity, lots of glass provide plenty of visibility and typical Nissan cabin quality is evident everywhere. A tidy dashboard with nice looking instruments and a 8 inch touchscreen top things off nicely. Apparently the 2018 Nissan Micra will include Apple CarPlay with Siri voice control too.

Underneath, the chassis is the same as that of the Renault Clio thanks to the two automaker’s engineering and production links. The new Nissan Juke will also use the same underpinnings. Characteristics of this new chassis is sharper handling and even more agile cornering, as well as good stability at speed.

Two engines will be offered, a 900cc three cylinder turbo that generates 89 hp and a 1.5 litre four cylinder diesel that generates the same 89 hp. There was no news about whether these would be in the Canadian version or not. While 89 hp doesn’t sound like much, the car weighs next to nothing and you would be very surprised at how quickly you get to whizz around town!

Safety tech for the 2018 Nissan Micra will apparently include lane-departure prevention, autonomous braking with Pedestrian Detection, Around View Monitor, traffic sign recognition, high beam assist and blind spot warning. That’s a lot of tech to squeeze into such a small car!