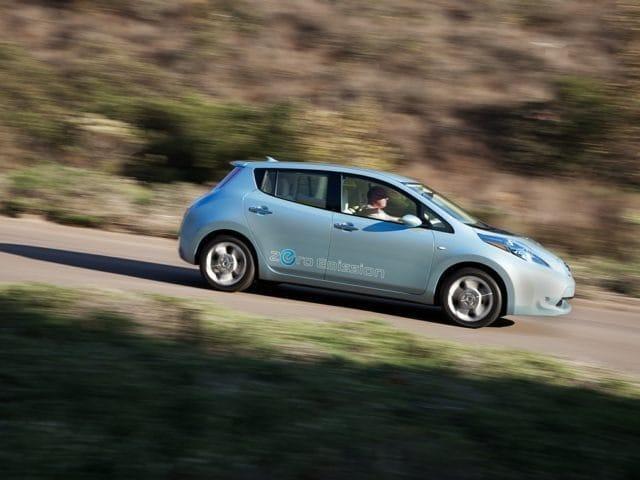 The future is electric, I think we can all agree. One of the market leaders in electric cars is Nissan. The Leaf has sold more than any other electric car anywhere in the world and isn’t likely to surrender that crown anytime soon. That makes it a good time for the Japanese automaker to announce the 2018 Nissan Leaf.

Nissan shared a tweet last week hinting at a September reveal but didn’t tell us much else. Aside from the debut date, we got a potential sale date of before the end of 2017. That is as much as we know.

So what else do we know about the 2018 Nissan Leaf? Not a whole lot to be honest. We know it will be an all-new car. We know it will continue the electric theme and will likely offer the same kinds of incentives and discounts we are used to. Aside from that and the reveal date, we know nothing. Nissan have been very tight lipped about the entire car.

I have read that it might take inspiration from the IDS Concept is showed at the Tokyo Auto Show in 2015 but exactly how much inspiration we just don’t know.

We also think it might use the same advanced battery technology as is being featured in the new European Renault Zoe electric. It is a new lithium-ion battery pack jointly developed by the two automakers and LG Chem. It provides a range of 189 miles in the Zoe but it is widely expected to go further in a new Leaf.

With competitors such as the Chevrolet Bolt EV managing 238 mile range and even the Tesla Model 3 getting 215 miles to a charge, I think it reasonable to expect the new Leaf to go further than that. It’s going to have to if it wants to compete with these two and other upcoming electric models.

Furthermore, Nissan did hint that there may be some autonomous tech in the 2018 Nissan Leaf. Back at CES, Nissan said the new Leaf would have some ProPilot autonomous technology capable of level 3 autonomy. Level 3 autonomy is regarded as ‘Within known, limited environments (such as freeways), the driver can safely turn their attention away from driving tasks, but must still be prepared to take control when needed.’ According to Wikipedia.

It seems there is a lot riding on the 2018 Nissan Leaf. Let’s hope it delivers!

In the meantime, there are a number of very attractive incentives available for the current range of Nissan Leaf cars. Visit Collins Nissan, 155 Scott Street, St. Catharines, Ontario, L2N 1H3, to learn more.