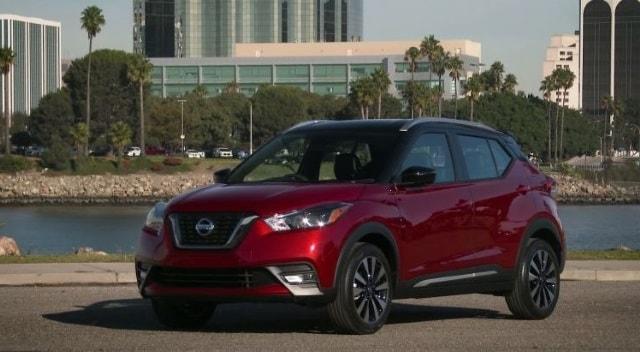 Nissan has a new vehicle being shown at the LA Auto show this week, the 2018 Nissan Kicks. It is a crossover SUV that is set to replace the Juke in North America. More conventional in its looks and certainly less polarizing, the Kicks has some unique shoes to fill.

The Nissan Juke was introduced back in 2011 and took a while to catch on. Once people realized how different it really was and what it offered, it sold well enough. It was polarizing though, which was surprising for an automaker who prides itself on being family friendly and middle of the road.

The 2018 Nissan Kicks is both of those things. It certainly isn’t as unique as the Juke and certainly more mainstream in design but that will work in its favour I think. The Kicks looks a lot like the rest of the Nissan crossover range and a very similar to the existing model sold in South America, which is no bad thing.

The Kicks is also larger, wider and longer than the outgoing Juke so will offer more passenger and cargo space as a result. That makes it more practical for everyday use. Rear head and legroom are much improved over the Juke while cargo space has doubled to 25 cu-ft of space behind the passenger seating.

The engine for the 2018 Nissan Kicks is the same as that of the Juke but without the turbocharger. It is powered by a 1.6-litre four cylinder engine that produces 125 hp and 115 lb-ft of torque. It uses Nissan’s CVT transmission to send power to the front wheels. There is no AWD option and the CVT is the only transmission available.

The 2018 Nissan Kicks is aimed at younger drivers so technology is important. It will come with a 7 inch touch screen, Android Auto and Apple CarPlay, Bose audio upgrade option, 360 degree around-view monitoring, reversing camera, automated emergency braking, Bluetooth and three USB ports. There will also be climate control, LED lighting and a selection of bright colour options depending on what model you go for.

There will be three trim levels to choose from, S, SV and SR. All echo the trim levels of other Nissan models and increase the number of features the higher you climb.

The 2018 Nissan Kicks is due to hit dealerships around June 2018 and while exact pricing has yet to be announced, it has been hinted that it will come in slightly cheaper than the outgoing Juke.