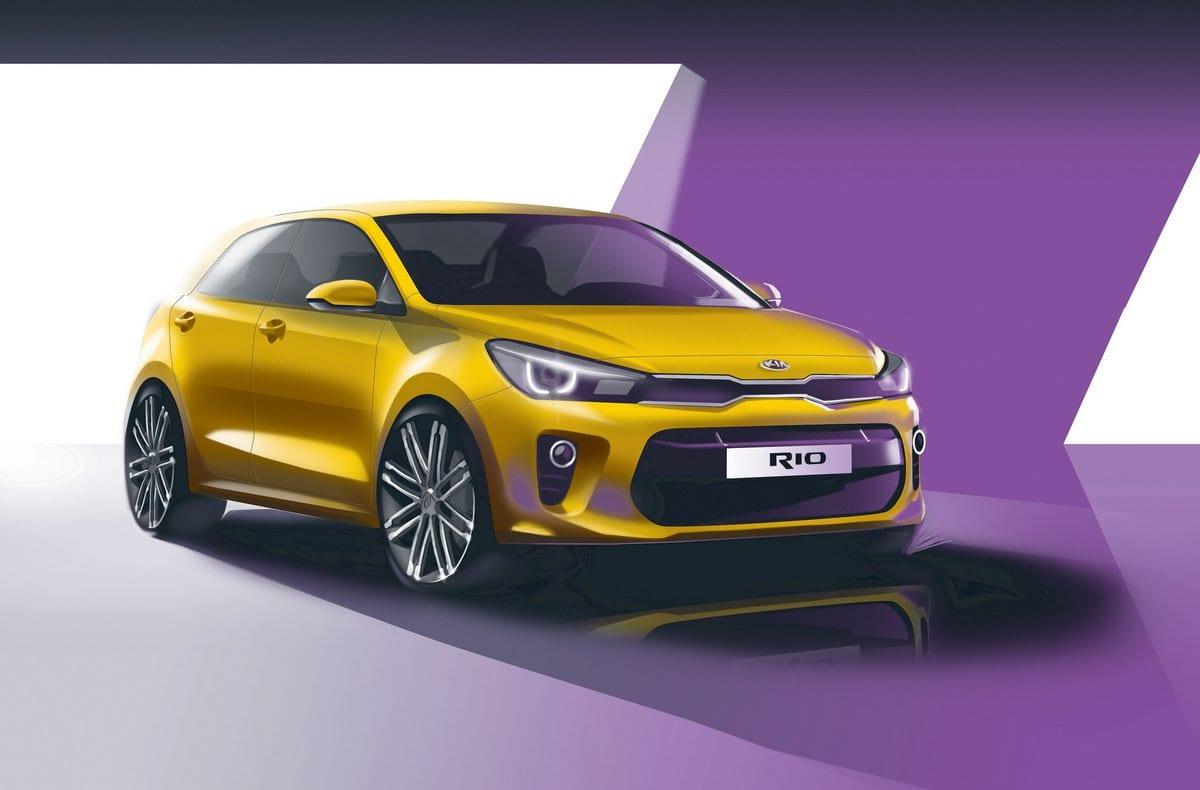 Kia are currently teasing the automotive press with renderings of what will be the 2018 Kia Rio. The hatchback is set to appear at the Paris Motor Show next month and this is the first image we have seen of it, even though it is a drawing rather than a photograph.

The 2018 Kia Rio is a hatch that looks similar in shape to an Audi A3 or Volkswagen Golf. While the rendering is more caricature than accurate, we can see a very rounded body shape with a front end that looks both friendly and slightly aggressive at the same time. A big lower grille may hint at a turbocharger while the tiger nose is exactly where we expect it.

Lighting looks good both front and rear while every panel has some kind of detailing. Big wheel arches, a bulge at the rear as it curves round into the rear bumper offer a lot of interest too. Big alloy wheels look the part too.

According to what information we can glean on the 2018 Kia Rio, the lighting will have one projector headlamp and LEDs elsewhere. A long hood adds to the sporty look and that raked windshield and slightly sloped roof continue that.

Kia also has a rendering of the cabin which is most definitely concept in nature but gives an idea of a flowing interior with ultra-modern controls and dashboard. A simple inset centre stack has a touchscreen with only a few hardware controls either side. Fan and climate controls underneath leave a lot of real estate clean and uncluttered by switches, dials and all that stuff. It’s a nice look.

Apparently, the 2018 Kia Rio was designed in both California and Germany with input from home base in Korea. There is very definitely a European influence in the design and a simplicity that had to have come from Korea, the country in love with straight lines. It’s an intriguing design that will do well if the actual car looks anything like this at release.

As far as we know, production of the 2018 Kia Rio will begin at the end of this year with release being further down the line for both Asia and Europe. No word on when we will get the car here in North America though.

In the meantime, Kia have some top notch cars already released over here. All offer great design, nice interiors and are stuffed with technology. All for a very competitive price. Visit Kia of Hamilton, 1885 Upper James St, Hamilton ON, L9B 1K8 to find yours!