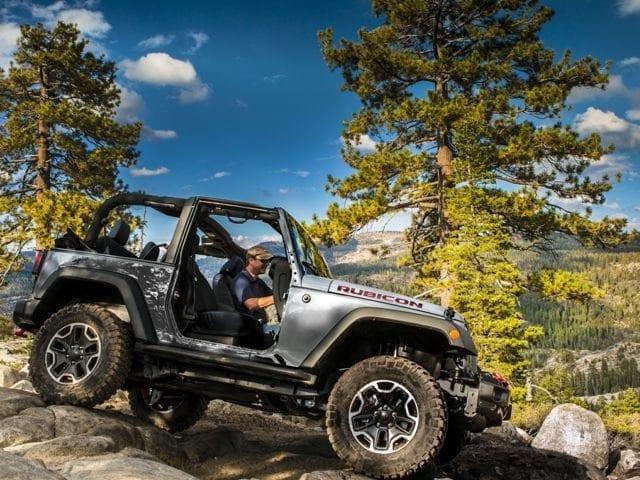 It’s tough keeping a new car under wraps for any length of time. The number of people involved, the amount of time it takes to develop and the appetite for any kind of hint make leaks part of the auto industry. As Jeep are finding out right now. Apparently, there have been two leaks of the 2018 Jeep Wrangler. One a genuine leak and one intentional, hiding right under our noses.

The unintentional leak was featured on JLWranglerforums.com. It shows a pair of apparently confirmed CAD drawings of the new Jeep. One is of a fully clothed Wrangler while the other is with the doors, roof and much of the body shell removed.

The associated data tells us that the doors and roof are fully removable and that the 2018 Jeep Wrangler will feature a full roll cage. There are lots of other little facts and figures on the JLWranglerforums but for me, those are the headlines. That will be a massive selling point for the new Wrangler.

Everything can be buckled up and covered for the colder months and then when spring arrives or summer is in full swing further north, the roof and doors can come off. It could potentially be a car for every season!

It certainly looks more upmarket and fits that concept well. It will also look pretty good on the 2018 Jeep Wrangler. The shape is very similar to what we see now but it looks to have chrome inserts within each light and each vent in the grille. Aside from that, it looks very similar to the current one.

As an aside, the Jeep Quicksand is a hot rod inspired Wrangler with a 392 HEMI under the hood. So as well as traffic stopping looks, it has a pretty awesome drivetrain too.

I am excited to see the 2018 Jeep Wrangler in the flesh, especially if it really does include removable body panels. While it does require predictable weather, it does bring you much closer to the world outside. Keep an eye on Parkway Chrysler Dodge Jeep Ram Mississauga, 2260 Battleford Road, Mississauga, ON, L5N 3K6 for more news.