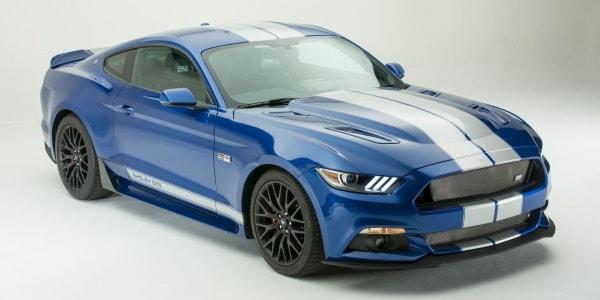 If you didn’t know, April 16 is apparently ‘National Mustang Day’ in the US. So the timing was perfect for announcing the continuation of two very popular Mustangs, the Shelby GT350 and GT350R.

We had heard rumours of this as far back as December 2016 but had seen no ‘official’ corroboration. Now it seems dealership documents back up the rumour.

Shelby GT350 and GT350R
The 2018 Ford Mustang Shelby GT350 and GT350R will remain largely unchanged for the next model year. The only real changes are the availability of three new striking colours, Orange Fury, Kona Blue, and Lead Foot Gray. The design, interior, engine and all those new coolers introduced for the 2017 model continue though.

Dealer notes shown online for the 2018 Ford Mustang Shelby GT350 and GT350R are quite telling.

‘The only changes to the 2018 Shelby GT350/GT350R will be exterior colors. All other functional, exterior and interior content will be carryover from 2017MY. Final color lineup will be announced at a later date.’

That means the existing 5.2-litre V8 engine with flat plane crank remains. It delivers 526 hp and 429 lb-ft of torque. With DOHC, 32 valves and an aluminium block, it has been designed from the ground up to deliver steady power throughout the range. And that range is wide with the redline appearing quite late on the rev counter.

With a planted stance, magnetic shocks, very reactive dampers, huge brakes and a very stiff suspension, this is a car that can deliver all that power to the track. Even the tires have been specially chosen to get the most out of the car, Michelin Pilot Super Sports for the GT350 and Michelin Pilot Sport Cup 2 for the GT350R.

The future is still uncertain for the 2018 Ford Mustang Shelby GT350 and GT350R. While it has another year of production, that’s a long time in cars these days. With competitors coming off the production line thick and fast and the potential of end of the big V8, we really don’t know where the GT range will go next.

That and the awesome noise and performance of both of these cars will guarantee a sell out for both of these for 2018. What happens after that is anyone’s guess.

If you want a 2018 Ford Mustang Shelby GT350 or GT350R, you have better move fast. Visit Northway Ford Lincoln, 388 King George Road Brantford ON N3S 3N2 to get your name down.