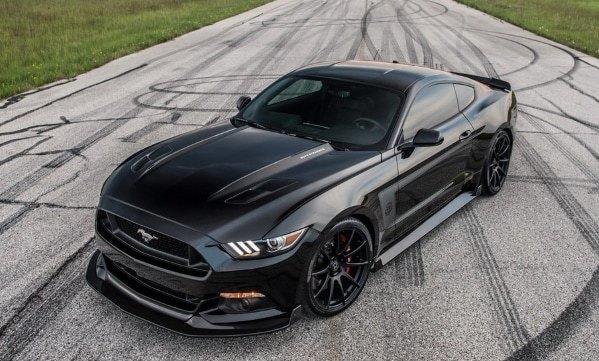 The new fast Ford has gone down a storm across North America and parts of the world where it has been released. While always iconic, the new generation of Pony Cars has been more successful than ever. So the time is ripe to up the ante a little, which is exactly what is happening with the 2018 Ford Mustang.

A new 10 speed automatic transmission becomes an option and driver aids sees some love too. The 10-speed is presumably the same one that is already in other Ford models such as the F-150 and it has been quite well received for its ease of use and smoothness across the gears.

A similar digital instrument panel to the Ford GT is also included along with an optional heated steering wheel, new Active Valve Performance Exhaust, a stronger Coyote V8 and more power for the 2.3-litre EcoBoost.

The exterior receives minor trim changes that differentiate it from the current edition and aside from the new instrument cluster offers minor changes inside too. Good job the mechanical changes are significant then!

Bye bye V6
Talking of engines, not so welcome news is the end of the V6. It will no longer feature in the Mustang lineup despite being one of the most popular configurations in the entire life of the Mustang. Instead, you have a more powerful four cylinder and a more capable V8. Whether this will offer enough to those previous V6 buyers remains to be seen.

The 10 speed automatic replaces the six speed auto while the manual option remains. The new transmission has been well reviewed in the F-150 and other journalists who have had time in this new model say it works exceptionally smoothly in the 2018 Ford Mustang. So much so that they prefer the auto over the stick shift almost unanimously.

The 2018 Ford Mustang is on sale now at Northway Ford Lincoln, 388 King George Road Brantford ON N3S 3N2. Visit the dealership for a test drive!