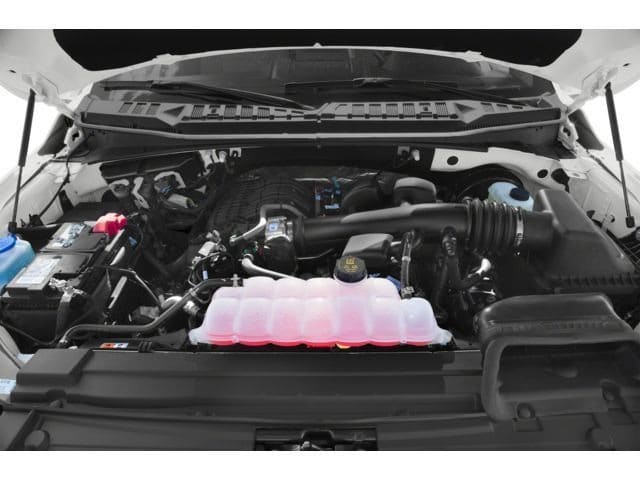 We have known the 2018 Ford F-150 was getting a diesel engine for a while but nobody knew what, when or how much power it would have. Well now we do. Ford has published the specifications for the upcoming diesel truck and we like what we see.

The engine is a 3.0-litre turbocharged V6 that produces 250 hp and 440 lb-ft of torque. It will use Ford’s existing and very capable 10 speed automatic transmission. It has been extensively redesigned and improved by Ford engineers and will be a sure fire hit.

The diesel V6 is a variant of the Lion PowerStroke engine that is currently used in Jaguar Land Rovers. Originally designed with Peugeot back in 2004, it has since been upgraded and significantly updated since that original engine. Nevertheless, the core is still 14 years old and it is a real shame that it has taken this long for Ford to give us a diesel light truck.

Ford have said that this engine has a new crank, crankshaft, rod bearings, fuel injection system, turbo and exhaust system to prepare it for duty in the F-150. The new turbocharger has been tweaked to help deal with continued high loads likely while towing or hauling and the fuel injection system has been refined to help keep the engine running smoothly and lower the diesel noise.

One thing Ford did say about the delay in providing us with a diesel truck is the need to be able to fit the 10 speed automatic transmission to it in order to deliver the smoothest ride possible. Apparently that only happened recently, hence the release right now. There is no doubt that the Ford transmission is superb, so maybe it’s a good thing we had to wait.

While diesel engines are noisier than gas, their reliability, longevity and torque values are undeniable. Torque equals better towing and combined with better gas mileage for diesel engines, they quickly offset the extra initial investment a diesel motor requires.

Ford says they expect diesel F-150s to sell well and we agree. Owners who tow, haul heavy loads or spend a long time on the highway will especially benefit from diesel power.