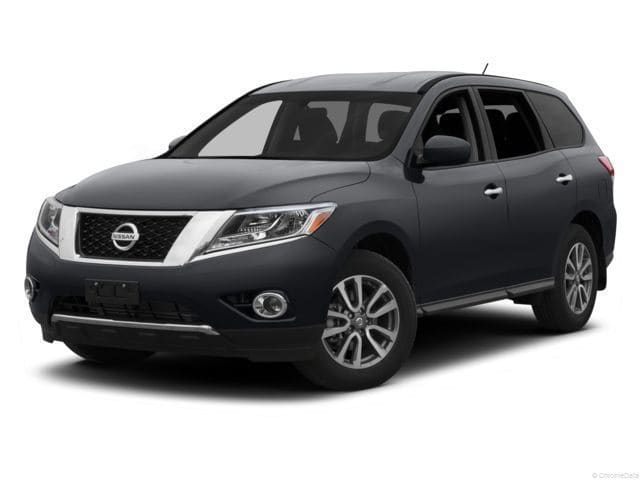 An updated 2017 Nissan Pathfinder SUV has broken cover and it looks good. The Nissan SUV is a firm favourite among buyers thanks to its good looks, solid build, great quality and impressive cabin. This updated model looks to build on all of that.

The new look up front includes a new grille, part of the V-motion family design, new headlights and a new hood design. These front end changes not only improve the looks of the Pathfinder, they also improve aerodynamics too apparently. Other changes include new side mirrors with integrated turn signals, new rear bumper, rear lights and new colour options.

Inside the 2017 Nissan Pathfinder, the top class cabin is still present. As far as we can tell, the typical Nissan build quality is still evident but with a few more toys to play with. The update brings with it some improved safety tech in Forward Emergency Braking, Intelligent Cruise Control and Around View Monitor with Moving Object Detection.

Other improvements include a larger touchscreen, foot-activated rear lift-gate, an additional console-mounted USB port, an HD microphone and an updated Advanced Drive-Assist Display within the instrument cluster.

2017 Nissan Pathfinder mechanicals
The existing 3.5-litre V6 displacement remains but the engine has had something of a makeover too. It is a mainly different unit now with 50% new parts which improves power and towing ability. Direct injection features but isn't the only change. Output is now up to 284 hp and 259 lb-ft of torque. Towing ability increases to 6,000 pounds.

To help manage the increase in power, Nissan have uprated the springs and suspension to improve the ride, it will stiffen it slightly too. The steering rack has also had attention to speed up response times. These changes should deliver an enhanced ride with more confident cornering and responsive steering.

The 2017 Nissan Pathfinder looks to have made changes in all the right places. While the current engine is pretty good anyway, adding more power without costing more in gas mileage is a positive step. As is the new look. The Pathfinder has never garnered the following it deserved so let's hope this version has more luck.