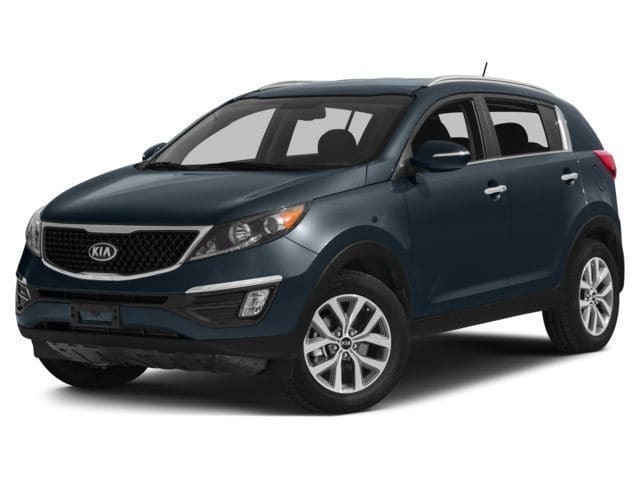 We got a glimpse of the new 2017 Kia Sportage when we
watched coverage of the Frankfurt Motor Show earlier this year. That was the
European version of the Kia. Now we
have seen the North American version at LA. and it doesn’t seem that different
to the Euro-spec one, which is fine by us.

The new design is rounder and friendlier than the current
model, offering a nice face to this crossover. The more rounded front end is
mainly to do with the curved bumper and steeply angled lights. The tiger nose
is still present and correct, as is the understated Kia badge.

Further back, the 2017 Kia Sportage looks more like the
current model. Smooth sides and detailed panels include a rising beltline that
flows around to the back. A sloped roof adds to the sleekness while curving
over a rooftip spoiler into the rear. It’s a tidy look that looks more premium
than before.

Inside, the cabin has also seen changes that include some
premium touches. More soft touch materials and a more ergonomic design enhance
the feel of the cabin while the slightly longer wheelbase and higher roof
offers more passenger room in the back.

Mechanical changes include refinements to the suspension and
chassis, better weight distribution and improved rigidity. Fully independent
suspension with all-new will also help with ride quality, road holding and
control.

There will be two engine options for the 2017 Kia Sportage,
a 2.4-litre four cylinder that produces 181 hp and 175 lb-ft of torque and a
2.0litre turbocharged four that delivers 241 hp and 260 lb-ft of torque. Both
will use a six speed automatic transmission to send power to the front or all wheels.

Continuing their trend of offering more for less, Kia is
also introducing more technology into the 2017 Kia Sportage. New safety and
technology features include blind spot detection, an autonomous emergency
braking system, lane departure warning and rear cross traffic alert. The
Sportage will also have a 5 inch touchscreen on the LX and a 7 inch on the EX.
Hands free phone and streaming audio will be standard across the range.

Infotainment in the EX will also include Kia UVO3, the latest
iteration of their intuitive system that includes phone pairing, Wi-Fi, 8Gb
hard drive for music and a selection of 14 telematics services.

The 2017 Kia Sportage is set to hit production next summer
with an expected delivery date of Q3 2016.