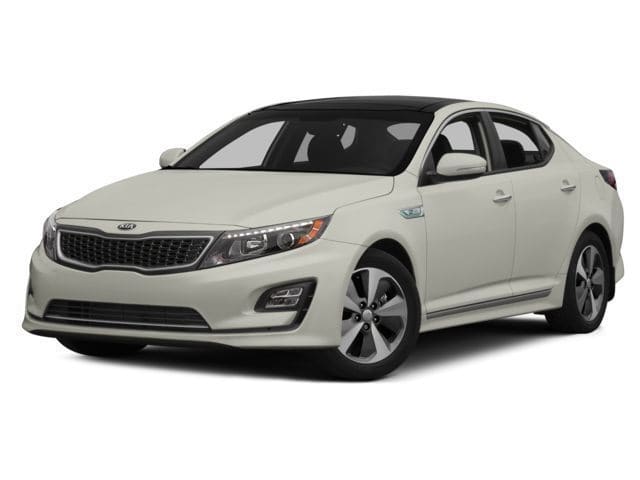 We should see stocks of the 2017 Kia Optima Hybrid arriving in Car Nation Canada dealerships soon. We already rate the standard gasoline Kia sedan very highly and this greener version should offer all the same driving and ownership benefits with higher gas mileage. A plugin hybrid variant is also due for release at some point too.

The 2017 Kia Optima Hybrid is a new family sedan that uses much of the original Optima running gear but has a new engine and battery pack that gives it up to 40 miles per gallon.

The design is subtle and understated. It would be easy to overlook the Optima, which would be a mistake. Look at it properly and you see a stylish yet unobtrusive sedan that has changed a lot from previous generations. After the big update last year, this new model looks better, drives better and has a nicer interior too. Kia has indeed come a long way.

Hybrid power
The one thing that differentiates the 2017 Kia Optima Hybrid from its siblings is the drivetrain. The hybrid model uses a 2.0-litre direct injection four cylinder partnered with a 38kW electric motor. Combined power output is 193 hp through a six speed automatic transmission.

The motor uses a new 1.62 kWh lithium-ion battery system that is smaller than before. While the footprint has shrunk, storage capacity has increased. This means the Optima regains a full trunk and can now offer the split folding rear seats.

The 2017 Kia Optima Hybrid is well put together and is a surprisingly quiet ride. The cabin includes lots of features, both standard and optional. The seats are comfortable, the ride is smooth and the engines across the Optima range have enough power for any situation. It really is an accomplished car.

We should be receiving the 2017 Kia Optima Hybrid soon. Keep an eye on Georgetown Kia, 199 and 314 Guelph Street, Georgetown, Ontario to see when it arrives!