2017 Kia Cadenza awarded Top Safety Pick Plus award in US

2017 Kia Cadenza awarded Top Safety Pick Plus award in US 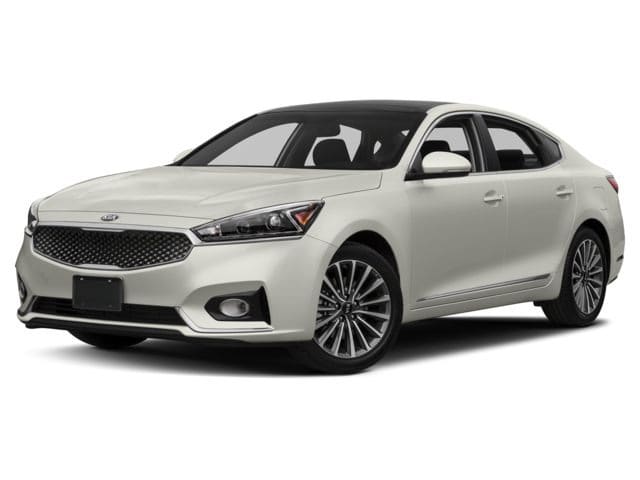 The new 2017 Kia Cadenza has just been assessed by the US Insurance Institute for Highway Safety and awarded their Top Safety Pick Plus rating. That’s a pretty good result making this Kia one of the safest sedans around.

The Cadenza earned ‘good’ ratings on all of the tests except the headlight performance where the LED equipped model earned ‘acceptable’. That’s a good score for the new car and places it as the only Top Safety Pick Plus candidate in the large car category. That will likely change as more large sedans are tested but it is quite the coup right now.

Here is a video of the test courtesy of the IIHS.

The design is much sleeker than the outgoing model. It looks sportier but isn’t a sports car. It is longer and appears lower even if it isn’t. The signature tiger nose grille is where it should be, between a pair of aggressive looking headlights. A long sloped hood flows into a curved windshield and up over a rounded roof to an equally sleek trunk.

The design is simple and understated yet has a distinct appeal and maturity that the outgoing model lacked in places.

On the inside, materials have seen an upgrade, finishing has improved and the cabin as a whole is a much nicer place to be. Soft edges have stitching, panels have nicer textures and the seats are very comfortable. It is a nice place to spend time. Elect for leather upholstery and that experience is enhanced further by some seriously soft hide on each seat.

Under that hood is a 3.3-litre V6 engine that develops 290 hp and 253 b-ft of torque. It is connected to a new eight speed automatic transmission that keeps power up front. New suspension geometry and setup has refined the ride to make it smoother and allows it to flow around corners in a very soft but supported way.

The 2017 Kia Cadenza has come on in leaps and bounds and is a far superior car to the one that came before. It is now a solid contender as a large sedan and offers a credible alternative to domestic sedans.

Visit Grimsby Kia, 435 South Service Road Grimsby, ON L3M 4E8 to see it for yourself.