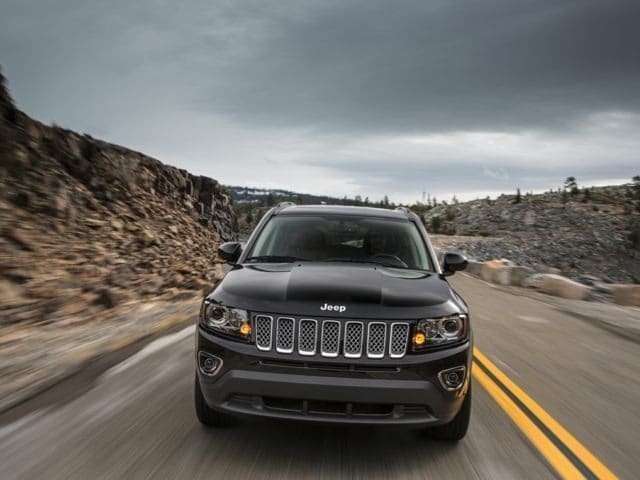 Also at LA last week was the 2018 Jeep Compass. After catching a glimpse of it during coverage of a Brazilian auto show, we finally got a good look at the new crossover SUV. The redesigned Jeep has new looks, new mechanicals and a new set of trims but still looks like a Jeep. There is also a rumour that there will be a Trailhawk version sometime after release.

The 2017 Jeep Compass takes a lot of inspiration from the Jeep Grand Cherokee. It’s like the smaller brother, who looks the same yet weighs much, much less. Ideal for getting into places big brother can’t and for whizzing round town with ease. Smaller, nimbler, the 2017 Jeep Compass will go down very well indeed I think.

According to the marketing material at LA, the 2017 Jeep Compass will uses a 2.4 litre inline four cylinder alongside either a six or nine speed automatic transmission. The engine generates 180 hp and 175 lb-ft of torque. There may also be a manual option for FWD versions too.

The range-topping Trailhawk version is rumoured to offer more off road capability and neat looks as it does on other Jeep models. We expect a higher ride height, off road tyres, low ratio transmission, more rugged suspension, bash plates and all those little things that make it such a great looking trim on the Grand Cherokee.

Inside the Compass
The new Compass has received a lot of attention on the inside too. It has received quite the upgrade with some good quality soft touch materials, nice layout, comprehensive dashboard and a 3.5 or 7 inch touchscreen in the centre stack. If you elect for Uconnect, there is either a 5 or 8.4 inch touchscreen there instead. Both of the Uconnect versions come with Apple CarPlay and Android Auto.

First impressions
Initial impressions of the 2017 Jeep Compass are all positive. It looks great, is a good size and has been upgraded enough to wipe out many of the gripes about the older version. The interior has seen the most love and it shows. I think this, along with the engine and mechanical upgrades will attract the right kind of buyers.

We don’t yet know when the 2017 Jeep Compass is going to arrive or exactly what trim and options will be included. Contact Parkway Chrysler Dodge Jeep Ram Mississauga, 2260 Battleford Road, Mississauga, ON, L5N 3K6 to keep up to date.