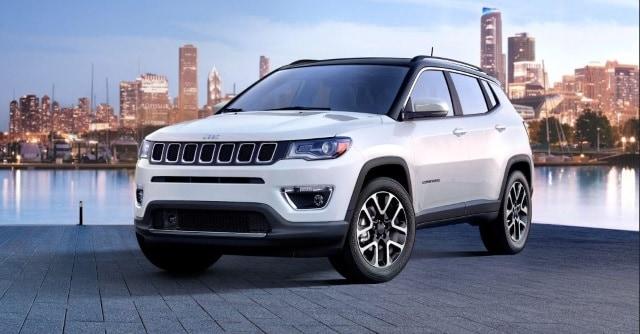 With other models in the Jeep lineup getting new models and a lot of love from both the design department and buyers, it was about time that the Compass got some too. The 2017 Jeep Compass delivers just that.

Based on the Fiat 500X, the 2017 Jeep Compass is Jeep’s vision of a future global platform. It will be manufactured in Mexico and three other countries, but North American vehicles will come from Mexico. The global version gets 17 different engine and transmission options but we get only four. Those four are pretty good though.

The 2017 Jeep Compass replaces both the old Compass and the Jeep Patriot which is being discontinued. It is a modest sized crossover that should appeal to the type of  audience that doesn’t want anything as large as the Grand Cherokee or as small as the Fiat 500. It design is very modern and still very Jeep and I think it will resonate well with buyers.

2017 Jeep Compass design
That design keeps the signature front grille and fascia we have come to like about the Cherokee writ small. It looks quite cool for a Jeep. A modern front end, shaped hood, raked windshield, a distinct beltline detail rising up slightly down the profile, slim B pillar and a slightly sloping roof. The rear looks a bit like the Mitsubishi Outlander but is still very definitely Jeep.

Inside, the cabin is enough for four adults to travel in comfort. Seats are supportive, head and legroom excellent and there is even space for cargo in the back. The driving position is inspired by the Renegade but is all new. It’s a compact driving position with driver-oriented instruments and a tidy centre stack with touchscreen.

2017 Jeep Compass mechanicals
Those four options I mentioned earlier revolve around the super-solid TigerShark four cylinder. It’s the normally aspirated 2.4-litre four cylinder that produces 180 hp and 175 lb-ft of torque. That engine is mated to either a six speed manual or automatic transmission depending on what trim you go for. There will be both RWD and AWD versions. AWD gets the Jeep nine speed transmission as standard.

As you would expect, even though the Compass is not a dedicated off-roader, it does have some rough driving ability. Elect for 4x4 and you will be able to go most places a Grand Cherokee or Wrangler can go and certainly more places than most competing crossovers will be able to manage.

The 2017 Jeep Compass is not a game changer but it is miles and miles ahead of the model it replaces. It looks better, drives better, feels better and should be a best-seller for FCA. It should arrive in dealerships around April 2017.

If you would like to learn more about the 2017 Jeep Compass or book a test drive for when it arrives, contact Parkway Chrysler Dodge Jeep Ram Mississauga, 2260 Battleford Road, Mississauga, ON, L5N 3K6.