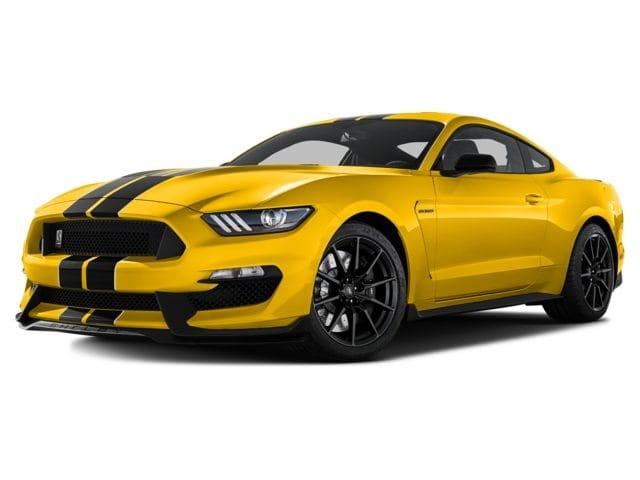 We have spoken about the 2017 Ford Mustang GT350 a few times, mostly with barely suppressed excitement or awe. Sometimes both. That hasn’t changed. If anything, Ford has increased our excitement with their latest announcement. The once optional Track Package will now be standard on all GT350 when it launches.

The Track Package would have cost an extra $6,500 or so on top of the base cost of the car. Now, Ford have decided that it’s a good idea to include it as part of the base price.

The Track Package includes quite a lot for the money. It has an aluminium strut brace, MagneRide dampers, high downforce trunk lid spoiler, engine oil and transmission fluid and differential oil coolers. The highlight of the pack is the MagneRide dampers which offers high performance adaptive suspension to improve handling.

Ford have also announced three new colour options for the 2017 Ford Mustang GT350. They are Ruby Red Metallic, Lightning Blue and Grabber Blue. New packages and options are also going to be announced before launch this summer. The first is an electronics package that adds voice-activated navigation and nine speaker audio. The second is a convenience pack, which replaces the standard seats with leather Recaros.

The balance of the iconic and the modern has been struck perfectly with the new Mustang. There is enough of the old to keep the heritage lovers happy and plenty new to keep modernists content too. The design is aggressive but not overly so, sporty but not half-heartedly so. It is a design that only a Mustang can pull off.

Under that long sloped hood is that V8 engine. It’s a 5.2-litre flat-plane V8, codenamed Voodoo. It delivers 528 hp and 429 lb-ft of torque with a redline up at 8,250 rpm. A new lightweight six speed manual transmission ensures you get that power to the rear wheels in good time and allows the engine to pull smoothly through all the gears.

Other highlights of the 2017 Ford Mustang GT350 include Torsen differential, five mode driver control system that switches everything from ABS to steering, throttle response and exhaust note depending on the driving conditions or your mood. Big Brembo brakes are also standard.

Despite this being a performance car, not everything has been sacrificed for speed. The cabin is still well appointed and comfortable. There is plenty of technology, a centre stack with lots of controls and all the comforts of home. From what we have seen, this car will be comfortable doing the school run or hitting the track. Fun will be had wherever you drive it!