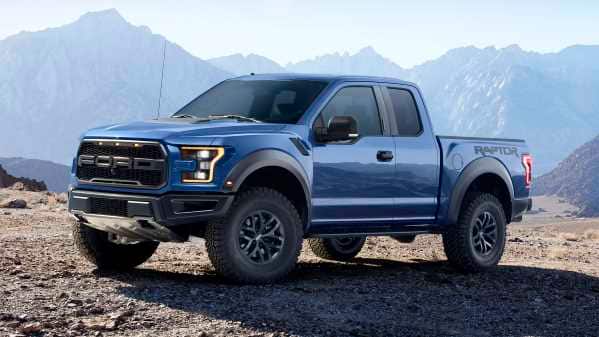 It isn’t often that a consumer can buy the same level of kit a professional team can without bankrupting themselves or spending seven figures. The 2017 Ford F-150 Raptor is one of the few motorsport icons where you can do just that. For a sensible price, you get the same Ford truck that hits the desert in competitions across the globe. It looks great on the driveway too.

The 2017 Ford F-150 Raptor is hotly anticipated across the motoring world by those who love trucks and even those who don’t mind them. After getting a glimpse of the Raptor at the Detroit Auto Show, I am limited to watching YouTube to see my new favourite dream vehicle in action.

This video shows once and for all that losing the V8 motor in favour of the EcoBoost V6 is no bad thing. The twin-turbocharged V6 delivers 450 hp and 440 lb-ft of torque through the new 10 speed transmission. Diehards might not like the smaller displacement but it hasn’t harmed the performance of the truck!

With a lighter engine and body, the new Raptor is over 500 pounds lighter than the old model. It also has more power, 450 hp over the 411 of the old V8. It also features new longer travel FOX Racing shocks and BF Goodrich’s brand new All-Terrain K02 tyres. There will even be a SuperCrew version too!

The looks of the 2017 Ford F-150 Raptor echo that of its working sibling with a few extra tweaks. The design of the standard F-150 is a winner but the beefier, meaner additions of the Raptor take that to a whole new level. Bigger tyres, bash plates, wheel arches, black trim and much beefier suspension give the Raptor a real ‘don’t mess with me’ look that no other truck comes close to.