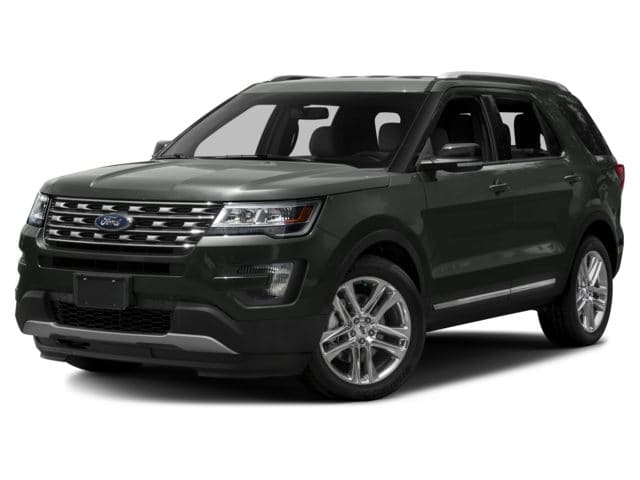 As if it wasn’t good looking enough already, the Ford Explorer XLT is getting an all-new appearance package. We got a look at it in Chicago and liked it. Now Ford have confirmed that it will be appearing during the summer.

Like most appearance packages, the package is just for appearances, no mechanical upgrades are being added. That said, the difference is subtle but remarkable. We like the Ford Explorer anyway as you might have guessed, but this appearance package just adds to the appeal.

On the outside, the Explorer gets a moody dark look with 20 inch dark grey wheels, mirror covers, side and rear trim. Inside, a similarly dark colour, Dark Earth Grey adorns the front seats and door panels.

Ford said the Escape will be getting something similar this year too but we have no details on that as yet.

2016 Ford Explorer
The 2016 Ford Explorer received quite a few updates. It sees new exterior and interior styling, more safety technology, new suspension tuning and a new trim level in the Platinum. It also gets a new engine option, a 2.3-litre EcoBoost.

The design of the 2016 Ford Explorer is excellent. It’s big and designed to haul the family, yet looks small and friendly. The modern exterior is less imposing than many SUVs while also having more appeal. Inside is the same. It’s plush, comfortable and exhibits good quality throughout.

With the new Platinum trim, there are five trim levels available for the 2016 Ford Explorer. They are base, XLT, Limited, Sport and Platinum.

As you would expect from Ford, even the base has plenty to offer, including 18 inch alloys, LED lighting, rear privacy glass, reversing camera, climate control, cruise control, a 4.2 inch display screen, Ford Sync, Bluetooth and six speaker audio.

Climb up the trim ladder for just about every extra you can think of including 20 inch wheels, front camera, auto lighting, sports suspension, leather interior, power liftgate, navigation and a whole lot more.
The 2016 Ford Explorer is a solid SUV that we would happily drive ourselves. In fact, a couple of us do.
It’s a nice drive, full of technology and has some potentially life-saving safety tech. All for a competitive price.