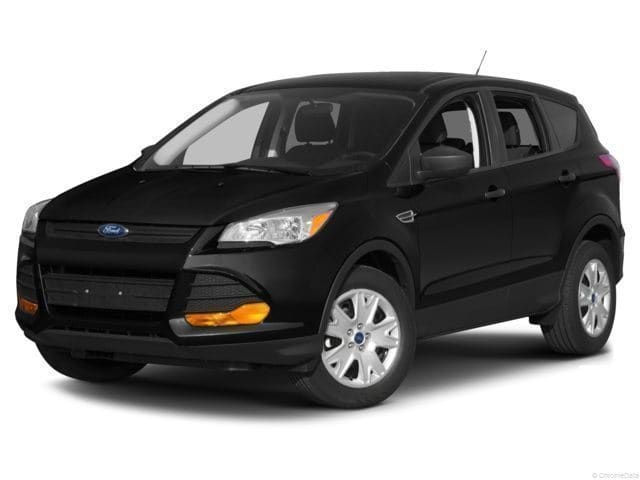 Another car previewed at the LA Auto Show is the 2017 Ford Escape. The Escape is one of our go-to SUVs for family life and a big seller here at Northway Ford. This new version looks quite different from the current model and we like it.

This is the fourth generation of the Escape and its most successful compact SUV in Canada so far. From the outside, it is still instantly recognisable as an Escape but also draws nearer the Edge and Escape in terms of looks. Ford really are going for it with their global platform initiative!

While it looks similar, it is still an individual with its own character. The front end is very Edge-like, with rounded bumpers, angled lighting, two chrome grills and that angled shoulder to the hood where it meets the wing. Side-on, it still strongly resembles the current Escape but seems smoother and sleeker.

The inside of the 2017 Ford Escape continues the existing model more closely. Gone is the centre section where the parking brake was in favour of an electric brake allowing a bit more room for front passengers.

The main headline with the interior is the increase technology that comes as standard. Ford are including auto stop/start for the first time with the EcoBoost engines. The Escape will also benefit from adaptive cruise control, automatic braking, lane hold and active park assist. There will also be blind spot monitoring, foot-activated tailgate and other things we have come to expect.

Ford Sync 3 infotainment will also be available. It is faster and much more intuitive than the current version and includes “conversational voice recognition” which is supposed to be far ahead of other systems. We haven’t tried it for ourselves, but anything that helps make voice recognition a viable technology gets our vote.

Sync 3 also includes a modem which will allows owners to remotely lock or unlock the doors, check fuel levels, start the engine and locate the car through an associated smartphone app. For us, this is the most exciting aspect of the new infotainment system.

Overall, from what we have seen so far, the 2017 Ford Escape looks to be a solid update to a good SUV. The increase in standard features, the inclusion of more efficient engines and updated looks are all winners as far as we are concerned. The 2017 Ford Escape is set for dealerships sometime in Spring 2016.