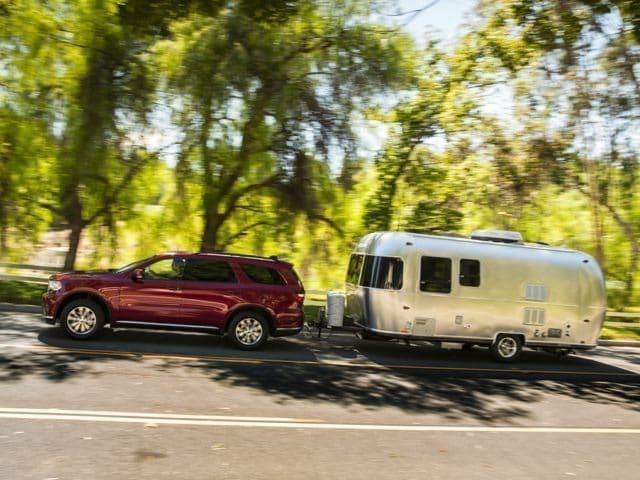 I got to spend some quality time with one of the most understated SUVs on the road, the Dodge Durango. The 2017 Dodge Durango is a solid SUV that can do a lot more than just haul the family around. It can carry, tow and perform along with the best in the market and deserves to be a lot more popular than it is.

The 2017 Dodge Durango is part muscle car and part SUV and manages to be both without short changing one or the other. The design is chunky with that big front end, high hood, big wheels and rounded panels. Again, it balances. It balances being chunky without being portly and being big without being cumbersome.

Having three rows gives a certain heft to a vehicle and the Durango is no exception. However, thanks to a decent chassis and capable engines, that heft doesn’t translate into bulk. There is a certain agility here, far from driving a barge down the road, more like a cabin cruiser.

Driving the 2017 Dodge Durango
The muscular nature of the 2017 Dodge Durango is further strengthened with the available pair of engines. The base engine is a capable 3.6-litre V6 that produces 290 hp and 260 lb-ft of torque. Next up is a 5.7-litre Hemi V8 that delivers 360 hp and 390 lb-ft of torque. Both use an eight speed automatic transmission to send power to the rear or all wheels.

If you buy the V8, not only do you get a very capable family SUV, you also have the ability to town up to 7,400 pounds which is as much than many light trucks.

Despite being big, the Durango drives well. It has a stiff chassis, capable suspension and even weight distribution. This gives it a comfortable ride that takes a lot to ruffle it. It can corner pretty well too with very little body roll despite its height. Overall, it’s a great drive on the road.

Cabin and features
Inside, the 2017 Dodge Durango is spacious even in back. It is one of the most spacious SUVs I have driven and one of the most comfortable too. Construction and materials is first rate, with switches and controls feeling solid to the touch and reassuring in use. Seating is comfortable too and the rear rows fold down to provide quite a cavernous space for cargo.

The 2017 Dodge Durango is available in SXT, GT, Citadel and R/T trim. GT replaces Limited this time round. All trims are well specified, with alloy wheels, load-levelling suspension, automatic lighting, cruise control, climate control, keyless entry and ignition and a 5 inch touchscreen. You can then add every conceivable extra to meet your needs.

The 2017 Dodge Durango is a great SUV that deserves more credit than it gets. I would happily own one if I needed that kind of space. See it for yourself at Unique Chrysler Dodge Jeep Ram, 915 Walkers Line, Burlington, ON  L7N 3V8!