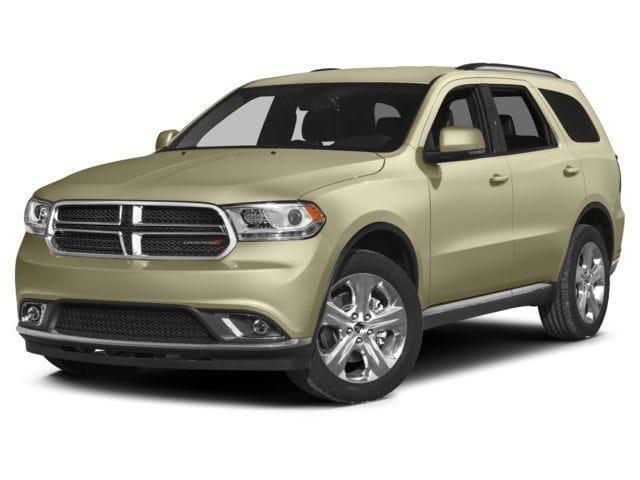 We spoke about a potential SRT version of Dodge’s big SUV earlier this year after having seen some spy shots of what looked like a tester. More speculation has now been fuelled by a report by Automotive News.

The report shows a possible future roadmap for FCA and Dodge models including the Durango. It specifically mentions an SRT version being in the pipeline for the near future. Dodge have yet to comment on this, but given that the automaker is currently sticking to tried and tested versions of its vehicles and not (as yet) branching out into anything new, it isn’t an unlikely possibility.

The 2017 Dodge Durango SRT would likely feature the 6.4-litre HEMI engine that Dodge is already very familiar with. It already runs the Jeep Grand Cherokee SRT and features in Dodge’s muscle cars so isn’t something that would need a lot of discovery from their engineers. That engine delivers around 475 hp and 470 lb-ft of torque so would be plenty enough for an SRT Durango.

Until there is any official comment, this is speculation only, but it’s always fun to second guess what automakers are planning!

SRT version aside, there is a lot to say about the 2017 Dodge Durango. This year sees the introduction of a GT trim replacing the Limited and some minor updates that make quite a big difference.

The 2017 Dodge Durango is big, imposing and has quite the road presence. It is also nice to drive, to drive in and be driven in. With three rows of seats, a high position, good ground clearance and visibility all round, it’s a good vehicle to drive too. With Uconnect, a comfortable driving position and all that visibility, the Durango is easier to drive than you might think for a vehicle of this size too.

The Durango comes with a 3.6-litre V6 engine that produces 290 hp and 260 lb-ft of torque. It uses an eight speed automatic transmission to send power to the rear or all wheels. There is the option of a 5.7-litre V8 in the R/T trim and that delivers 360 hp and 390 lb-ft of torque.

The 2017 Dodge Durango comes in four trim levels: SXT, GT, Citadel and R/T. Each trim is generous, with all models featuring alloy wheels, auto lighting, heated mirrors, keyless entry and ignition, cruise control and a touchscreen. Travel up the trim levels for everything from cameras, voice control, heated seating, premium audio and that V8 motor.

Click here to check out all of our used Dodge cars!