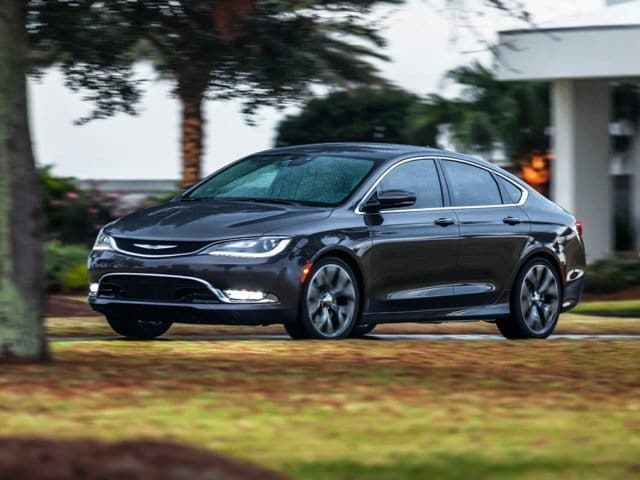 The little Chrysler doesn’t get anywhere near the credit that it deserve. It definitely gets a bad rap in the press but I rather like it. It’s compact, well designed, comfortable and is a great little car for whizzing around town. As something of a final hurrah, the 2017 Chrysler 200 was just awarded five stars by the U.S. National Highway Traffic Safety Administration.

So not only is it a neat little runabout, it’s also a safe one too!

The NHTSA awarded the Chrysler 200 five stars in the front and side-impact crash tests. That’s on top of the Top Safety Pick+ award from the Insurance Institute for Highway Safety earlier this year.

With production rumoured to be finishing at the end of this year, we might not see any more new Chrysler 200s on our streets. I think that would be a shame as it wasn’t a bad car.

2017 Chrysler 200
The 2017 Chrysler 200 is a handsome car. It is sleek, very aero looking and has some nice styling features. As a midsize sedan it works well. It is compact enough to be ideal for city streets but large enough to still be comfortable on the highway for long periods of time.

On the inside, the cabin is thoroughly modern and quite well equipped, especially if you opt for UConnect. The interior is a good size considering this is a midsize sedan, seating is comfortable and visibility is pretty good all round. The driving position is comfortable, upholstery nice and materials and finishing are more than adequate.

The 2017 Chrysler 200 looks to be an excellent sedan and if indeed it is the last one ever, will fly off the dealership by the thousands of loyal fans. I count myself as one of them.