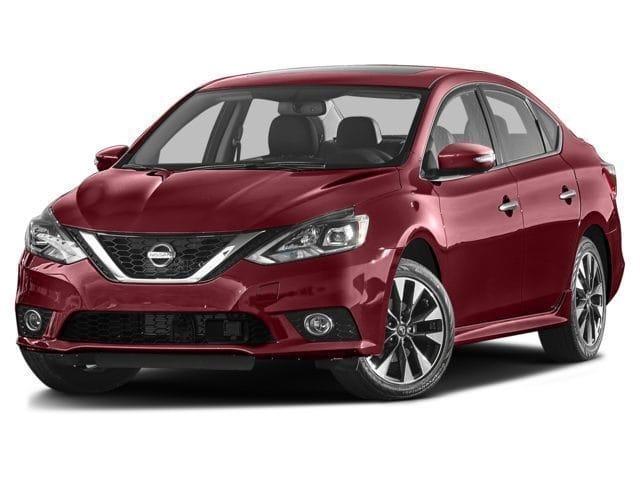 Last week we got excited because the 2016 Kia Optima was awarded the Top Safety Pick Plus, now the 2016 Nissan Sentra has also been awarded the rating from the American Insurance Institute for Highway Safety. Good times!

Having been reassessed by the IIHS after making the forward emergency braking feature available, the 2016 Sentra earned "good" ratings in five crash tests and a "superior" rating for front-crash prevention. That superior rating is essential to qualify for the Plus rating.

Add this Top Safety Pick Plus to the  four-star safety rating from the National Highway Traffic Safety Administration and you have a pretty safe car to drive!

2016 Nissan Sentra
The 2016 Nissan Sentra received quite a few upgrades in its refresh. The new design brings it in line with the Maxima and Altima and widens the brand styling of Nissan sedans. It also brings a new driver information panel, new optional seats and technology.

The design is very smart. We loved the Maxima when that was first teased and the Sentra now continues that. It has slightly less of a sporty edge than the Maxima, which suits the family orientation of the car. The rounded front end has adopted the v-grille, curved hood and angled lights of the other cars to great effect. Fluted panels and design detailing draw the eye whichever way you look at the Sentra. It is a handsome car.

Inside, the cabin is as spacious as ever with lots of room for taller passengers, supportive seats and decent cargo space in the trunk. More technology has been squeezed into that svelte dashboard too. Materials and finishing are exactly what you wold expect from Nissan and won’t disappoint.

Under the hood is an efficient 1.8-litre four cylinder that produces 130 hp and 128 lb-ft of torque. It uses a six speed manual or CVT transmission. The engine is quiet, refined and has enough power for just about every situation. The new CVT transmission is probably one of the best on the road too.

We always liked the 2016 Nissan Sentra. Now we have even more reason to recommend it to Car Nation Canada customers. It is well equipped, nice looking, very competitively priced and now it is safer than ever. What more could you need?