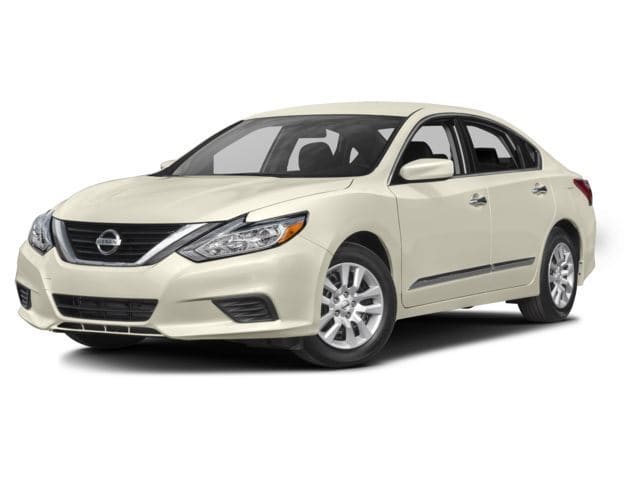 As we mentioned yesterday in our Montreal Auto Show overview, Nissan had quite a presence at the Palais des congrès de Montréal. Not only did it show the Nissan Micra Cup Edition and the awesome Nissan Rogue Warrior, it also showcased the 2016 Nissan Sentra and 2016 Nissan Altima. Both of which looked like solid updates to already accomplished cars.

Nissan has been very busy of late. Not only have they been working on those cars mentioned above, they have also shown the Nissan Titan Warrior concept. That trucks is officially my new favourite truck and I would buy one immediately if it ever makes it to production. I love the Ford Raptor, but there is something about that Titan concept that brings out my inner child.

Back to reality, both the Sentra and Altima have received work and were shown at Montreal. We liked the look of both.

2016 Nissan Sentra
The Nissan Sentra is a popular compact sedan and has sold huge numbers over the many, many years it has been in production. So it was good to see it get some love in this new edition.

The exterior takes cues from the fantastic-looking Maxima. With a modern but slightly less sporty look, the new design works well. There is a new front end, new lights, LED running lights, new rear end with new taillights, new wheels and a new look all round. We like this new design philosophy a lot.

The cabin has also seen improvements with a new steering wheel, new driver’s seat, new console, shifter, upholstery and instrument panel. The build quality is still exactly what you expect from Nissan too, top class.

2016 Nissan Altima
The Altima is another firm favourite of Canadian buyers, shifting huge numbers. Similar to the Sentra, the 2016 Nissan Altima has a new design that echoes that of the Maxima. It’s sleek, modern and smooth. It also has a new front and rear end but also gets a new hood, bumpers and trunk lid.

Inside, the 2016 Nissan Altima gets a new console, new centre stack, 5 inch colour display and Advanced Drive-Assist™ Display within the instrument panel. A new SR trim is also being introduced that adds a sporty package to the 2.5-litre engine. A welcome addition that should prove popular with buyers.

Both the 2016 Nissan Sentra and the 2016 Nissan Altima are going to continue the solid sales and popularity the existing models enjoy today. If you would like to learn more about either of these cars or put your name down for a test drive, contact Collins Nissan, 155 Scott Street, St. Catharines, Ontario, L2N 1H3 today!