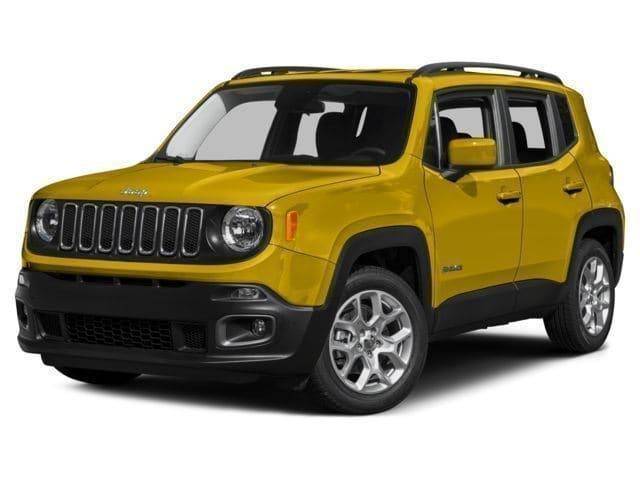 This is the second year of the Jeep Renegade and it looks to be hitting all the right notes. While not an all-out off roader like other Jeeps, it is capable enough for the recreational dirt driver while having all the practicality you need around town.

We will admit that the looks are something you need to get used to. Once you do, the 2016 Jeep Renegade takes on a personality. You would be amazed at the sheer number of Renegade owners who have named their vehicles. Even people who would never usually dream of doing such a thing. It’s the way the Renegade gets you!

2016 Jeep Renegade design
It is most definitely a Jeep. Even a quick glance will recognize that front end as one. The signature grille, small nameplate on the hood edge and those round headlights couldn’t be anything else. As a subcompact crossover it doesn’t have the presence of a Cherokee, but that’s a good thing in this segment.

The design is boxy but very modern. It’s good to see a crossover celebrate its SUV heritage in this way and be daring enough to stand out from the crowd.

Inside, there is more space than you might think for a vehicle of this size. The build and materials quality is top class for the segment and feels like a much more expensive vehicle. The dashboard is chunky and playful while still being a sensible car to drive. Seats are comfy and while there isn’t a whole lot of room in the back, it can sit four adults in relative comfort.

While not aimed at pure off-roaders, all 2016 Jeep Renegades will happily venture onto the dirt if required. All wheel drive is an option and comes with switchable driving modes for different terrain. The Trailhawk model is designed more for the rough stuff and has many more off-road features than the other models.

Opinion
We like the 2016 Jeep Renegade. It’s good looking and offers a balanced compromise between crossover and car. The chassis is stiff, driving characteristics are positive and the engines are both nice to drive. It’s hard to fault this car!