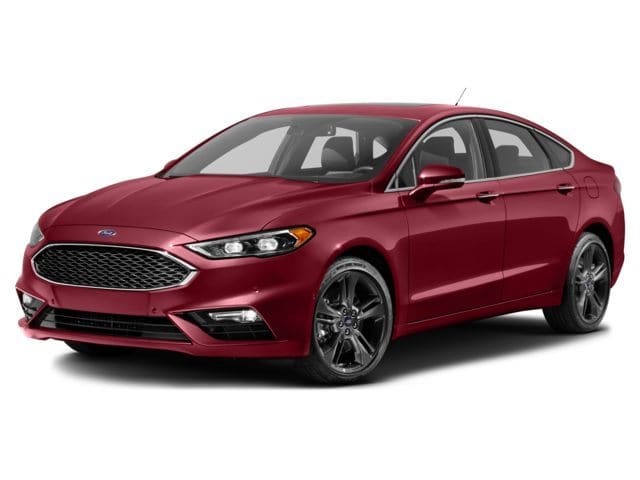 Ford is taking the fight to the Germans with this classy premium sports sedan. The 2017 Ford Fusion Sport is designed to go head to head with BMW, Mercedes-Benz and Audi, but will it succeed?

Priced much lower than the competition, the 2017 Ford Fusion Sport sets the scene nicely for a domestic brand to take over. With a fantastic design that brings Ford’s family design to its pinnacle while still leaving plenty of practicality on the table, the car is definitely off to a good start.

While still in design stage, Ford have released the technical details behind the car. It will feature a turbocharged 2.7-litre V6 engine that will generate 325 hp and 380 lb-ft of torque and send it to all four wheels. The car will require 93 octane gas to deliver all that power though.

Output figures are higher than the majority of the competition but as we know, power is only part of the equation. Part of the genius of German designs is the chassis and ride. The BMW 3 and 5 series are unsurpassed in terms of ride quality, while Mercedes-Benz has some of the best built interiors in the business. Audi have a bit of everything with great design, ride and build quality. It really will be tough to beat these market leaders but if anyone can do it, Ford can.

2016 Ford Fusion
The 2016 Ford Fusion is an excellent midsize sedan that hits all the right notes. It looks great, balances practicality with fun and manages to be all things to all people without being master of none.

The handsome styling is just part of the equation. The slick front end is a signature of modern Fords and we like it. The shark nose, angled lights, panel detailing on the hood and quality touches all combine to make a solid, premium-looking car.

It’s much the same on the inside, with nice soft touch materials, good workmanship and a solidity that gives confidence in the product. Add a little technology, lots of interior space and some thoughtful touches and you have a great car to live with as well as look at.

The 2016 Ford Fusion is a great car that delivers on everything it promises. Visit Northway Ford Lincoln, 388 King George Road Brantford ON N3S 3N2 for a test drive.