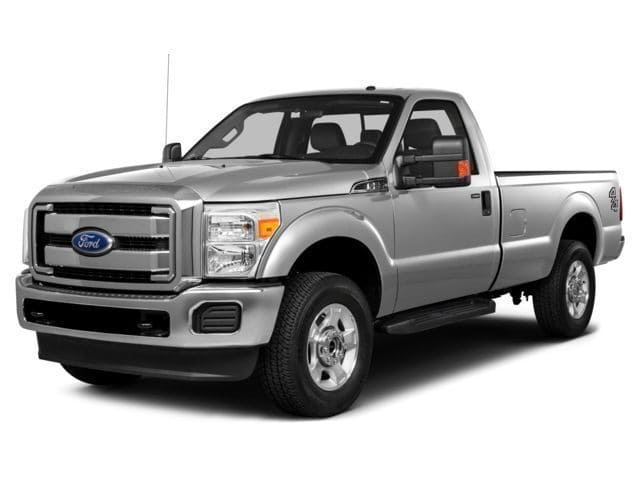 It’s an exciting time for the Ford F-Series Super Duty.
After 17 years of iterative updates it is finally getting the redesign is so
richly deserves. While the essential elements of these heavy Ford work trucks remain, they are now
better looking and more fully featured than ever.

The 2017 Ford F-Series Super Duty is different from the off.
The new headlights, new grille, lower fascia, LED lighting and turn signals are
all new. The hood is still huge but the windshield is more angled. The truck
also looks a bit longer, offering plenty of cab room and spacious loadbed.

A new longer boxed frame chassis with high strength steel is
at the core of the new 2017 Ford F-Series Super Duty. Ford says it is 25 times
stronger than the current model while also being lighter. Like the F-150, the
body is now aluminium, allowing the Super Duty to shed around 159kg of weight.
Weight-saving could have gone much further, but Ford preferred to uprate the
chassis and the four wheel drive system instead.

Engines are the same for now, a 6.7-litre Power Stroke V8
turbo diesel and 6.2-litre V8 gasoline engine are the options. Both of which
use the existing six speed automatic transmission to send power to the rear or
all wheels.

Inside, the cabin has been redesigned to offer a modern,
spacious interior. A new dashboard sits front and centre, a new glovebox, new
switches and a flat floor in the second row for storing extra cargo. Ford SYNC3
also features, offering a range of infotainment options depending on the trim
you choose.

There are now cameras everywhere to help manoeuvring and
managing trailers and loads. Up to seven cameras in all can cover all angles
including in the high mount stop light to help with trailering. A further
camera can then fit on the back of your trailer for even more visibility.

The three cab configurations remain, regular cab, SuperCab
and Crew Cab, as do the five trim levels XL, XLT, Lariat, King Ranch and
Platinum. Options will be plentiful as you would imagine and will likely
include safety features such as lane departure warning, adaptive cruise control
and collision warning. Other options will likely be leather interior, sunroof,
navigation, adaptive steering, heated seats and an 8 inch touchscreen.

The 2017 Ford F-Series Super Duty is set for production next
year with sales expected late in 2016.

If you’re in the market for a work truck, visit Northway Ford Lincoln, 388 King George
Road Brantford ON N3S 3N2. We have every Ford truck you can think of right
here!