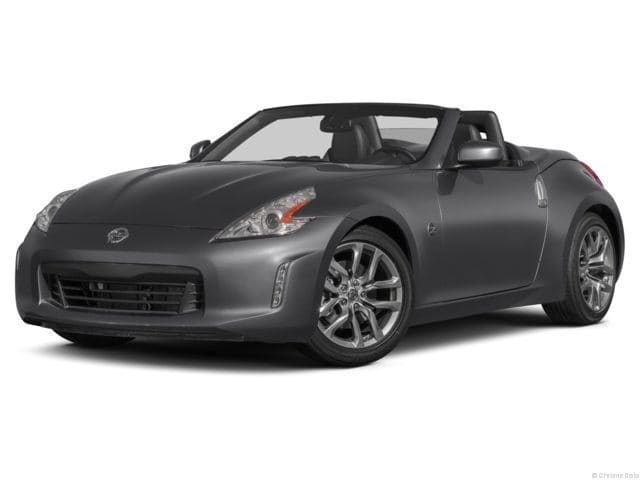 We covered the 2016 Nissan 370Z Coupe a couple of weeks ago but now we have seen the 2016Nissan 370Z Roadster in the flesh, we thought it deserved coverage all of its
own.

The Roadster is a beautiful looking car. It's a convertible
done well and comes without the usual compromises a soft top usually has to
contend with. A solid design, great engine, excellent driving experience and
some real brand cache will make owning the 2016 Nissan 370Z Roadster a real
pleasure!

We think the 2016 Nissan 370Z Roadster is the best looking
version so far. It is more refined, more modern and definitely more appealing.
In convertible guise, it really does look the business.

The front end has been toned down a bit and while the sloped
hood is still dominant, it looks much better than in previous models. The
vertical Led running lights break up that front section nicely, while the
shaped headlights give it the unmistakable 370Z appearance.

The Roadster shares much the same profile as the coupe,
except behind the cabin with flared body panels create a great looking bulge
behind the seats and across the trunk. The lines are nice as they integrate
with the flared wheel arches to create one of the best shapes Nissan has ever
created.

The 2016 Nissan 370Z Roadster uses the 3.7-litre V6
engine that delivers 332 hp and 270 lb-ft of torque, same as the coupe. It is
connected to a six speed automatic transmission that sends power to the rear.
The engine sounds great and has a satisfying roar when you give it some power.

The drive is smooth, with the transmission shifting
efficiently and delivering power consistently. This is a driver's car, so it's
a firm ride, but not too firm. We think its just right.

Touring removes many sporting touches of the base model
while increasing comfort. It adds leather interior, suede trim, heated seats,
power seats, a 7 inch touchscreen with navigation, reversing camera and
satellite radio. Touring Sport brings back those sporty touches while keeping
some of the comfort.

The 2016 Nissan 370Z Roadster is one of the best affordable
sports convertibles on the market. It is refined, accomplished and has the
power and driving experience you want while also being a low maintenance daily
commuter.