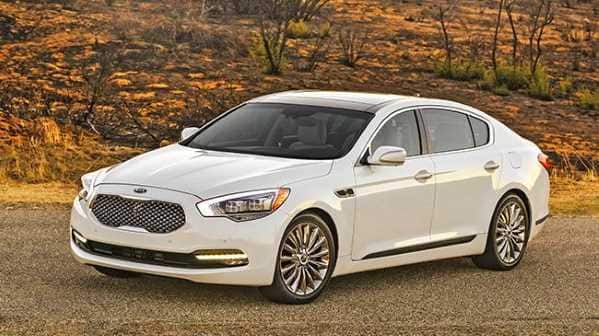 We remember
seeing the Kia K900 as a concept and saying something along the lines of it
being a real challenger in the luxury sedan market. That came more true than we
imagined. It’s a niche car that has garnered quite a following in certain
executive circles and we see more than a few of them in our cities now.

Kia isn’t resting on its laurels
though. It knows that other automakers are hot on their heels with new models
and innovations, which brings us to the 2016 Kia K900.

There are
changes afoot in the 2016 model including a new engine, trim level adjustments
and some styling changes. All to bring the K900 firmly into the fore as the
alternative to German executive cars.

The new
engine is a 3.8-litre V6 that produces 311 hp. It will complement the current
5.0-litre V8 engine that produces 420 hp. Two new trim levels have been built
around the new engine. A V6 Premium trim offers navigation, panoramic sunroof,
18 inch alloy wheels, leather trim and lots of goodies. A V6 Luxury trim will
also be available but we don’t know anything about that yet.

The current
5.0-litre V8 engine remains unchanged at 420 hp and 376 lb-ft of torque. It
uses an eight speed automatic transmission to send power to the rear wheels.

There are
also and child friendly features should you let your teen loose with your
luxury sedan. They include curfew, speed and geo-fencing monitoring, all of
which help you maintain control of what your teen does even when you’re not
present.

The 2016
Kia K900 is a luxury sedan for those who like something a bit different. It’s a
solid performer with a smooth ride, comfortable cabin and capable drivetrains.
Visit Georgetown Kia, 199
and 314 Guelph Street, Georgetown, Ontario to see the K900 for
yourself.