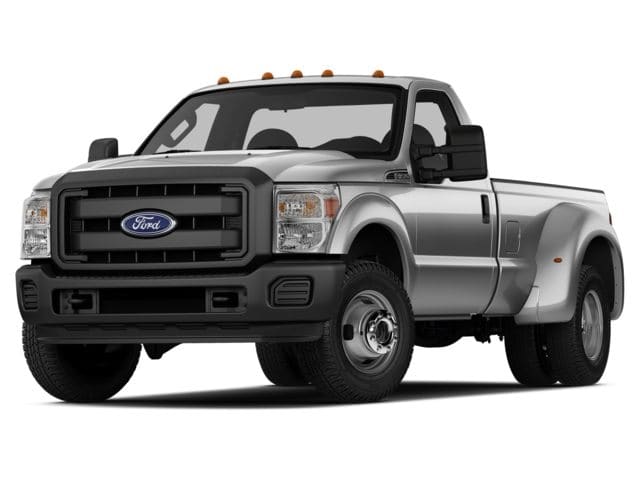 The 2015
Ford F-350 is a hard core truck built for work. It can carry and tow like the
best of them and with nice interiors, powerful engines and decent looks there's
nothing not to like about living with it day to day.

The 2015
Ford F-350 hasn't seen quite the revolution in design and materials that the
F-150 has, but it's a solid truck nonetheless. At this level, its more about
capability and reliability than aesthetics and with a revised 6.7-litre engine,
there's plenty enough here to tempt buyers.

The Ford
F-350 is big, very big. It's long, wide and tall and has a real presence. The
design is relatively simple. A big front end with a chrome grille, long hood
with a centre bulge, simple sides, wheel arches and a big cargo box at the
back. Large side mirrors and roof lights add a little decoration to
proceedings. The truck benefits from its simplicity. It's a handsome vehicle
with its stated goal front and centre.

Inside the
Ford F-350 there is space aplenty. Ford has uplifted their trucks steadily over
the past decade or so to bring them almost to modern car standards. While you
can still specify your truck with just the basics you can also bring it almost
to luxury sedan level.

These
trucks are all about performance and that's where the F-350 excels. The
standard motor is a 6.2-litre V8 that delivers 385 hp and 405 lb-ft of torque.
There is also a 6.7-litre turbocharged diesel V8 good for 440 hp and 860 lb-ft
of torque. This latter is rapidly becoming the go-to engine for many.

Both
engines use a six speed automatic transmission that sends power to the rear or
all wheels.

The 2015
Ford F-350 is a solid, capable truck that can cope with anything you throw at
it. It's tough, powerful and with that diesel engine can tow just about
anything you're likely to need without using a semi.

Check out
our great deals on new and used 2015 Ford F-350 at Northway Ford today!